You are here: Home / New Long Form Blog / blog posts / The Future for Electric Cars in Australia – Part 3 – The Very... 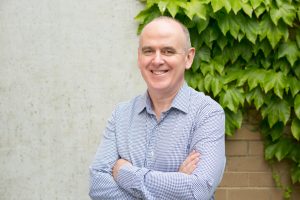 I am currently writing a book on the future of electric cars in Australia with a couple of collaborators. I am going to explore a few issues here on this blog. The first of these is the adopter groups which I will explore one by one. This is about the third group – the very early majority. I have set the featured image as a picture of me because I see myself firmly in this group

It is my view that the early majority will mainly consist of households that have two or more shared cars. Purchasing an electric car when their next purchase decision comes up makes sense as:

If their primary vehicle in question is doing 20,000 km then based on the costings I did in the table in the post on early adopters the saving from moving to an electric car is likely to be about $1,000 a year[1] plus a smaller amount on maintenance in the first three years[2]. This means that someone is likely to be willing to pay say $2-3,000 more for an electric vehicle on pure economic grounds. This is especially true if a customer is comparing two finance options and can be convinced that the savings in fuel and maintenance are higher than the extra finance cost.

The interesting part of this equation is when members of this group will make purchases given that electric cars will be coming steadily down in price. This means that in six months cars may be a fair bit cheaper for two reasons:

At that point, if manufacturers have been artificially keeping margins high in Australia by minimising overall supply to the market while serving other key markets then there could be quite a rapid fall at some stage of the market evolution. We have seen extreme examples of this sort of market operating with the value of computers for the same specifications falling rapidly over the last 30 years. The computer market has suffered less from buyer hesitation than the car market might due to:

If we look at the Australian market then these buyers will initially mainly fall into three categories:

Together these vehicles are 60% of the total market.

I have discounted the light and small vehicle market which equals a further 25.5% of the market on the basis that it is harder to create a price differential that is low enough for these vehicles given that the vast majority are under $30,000 retail price (and most are below $24,000there will be detailed analysis of this in the book). Given battery pack costs there does not seem to be any models coming on to the market at the moment that will attract these buyers. This may change with Chinese manufacturers coming online in greater numbers although confidence in the brands may take a while.

The interesting questions arise when we start to match up this profile with model availability and price because this is the beginning of what we see as an inflexion point in new electric car market where market share starts to rise rapidly.

[1] A difference of 5 cents a km with a fossil fuel vehicle.

[2] Maintenance of fossil fuel vehicles is lower in the first 3-4 years so the saving here may be less than $200 a year to start with.