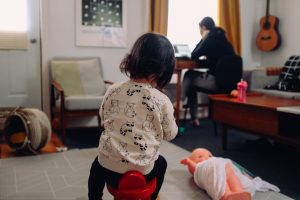 Remote Hybrid Work – The Effect on Communities. There are a lot of implications beyond the CBD

I had a discussion with friends on the weekend about what is happening with the Victorian Dining and Entertainment Program which subsidises people to get out and spend money to try and stimulate the economy. In particular there is a mid week dining incentive for the City of Melbourne itself to try and get more people into the city. Our discussion turned to the future patterns of people travelling into the city and what that might mean. One of my friends expressed the view that people who end up working in hybrid arrangements (working in the office 2-3 days a week and working remotely 2-3 days a week are much more likely to want to be in the office mid week so they have 4 days in a row at home.

Apart from the obvious framing that working remotely (which I prefer to the working from home term) is somehow like the weekend I am not sure what the patterns might be. Some people might decide that because traffic and public transport crowding is less on Mondays and Fridays they might work those days in the office. Others might have patterns imposed on them by the majority no matter what they want.

Media coverage in this space has focused largely on the CBD and what it might mean. Jon Faine wrote a couple of days ago that “We must save Melbourne from becoming a donut city”. While there are real implications in what Jon wrote about the coverage is largely centred on the central city because the Mayor has a big media presence, it is a concentrated area to focus on, and there are lots of vested economic interests. What is getting much less coverage is the effects in other suburbs. I have worked with several clients including councils and large commercial companies about those effects, the flow on effects and the opportunities over the last year or so.

The obvious one is that if people are spending less time in the CBD and more time in their own communities then money that was spent in the CBD on food, shopping and entertainment might circulate in their local communities. Money spent on transport might also be spent locally. Property prices might rise in suburbs with good transport infrastructure, good internet services and space for people to have dedicated work spaces at home rather than working at the kitchen table. People might be willing to travel further to work if they are only going in 2-3 days a week changing demand patterns in the suburbs.

Less obvious effects come from the changes in work habits. ZDNET has just published an article entitled: Microsoft analysed how the working day has changed. You might not like what it discovered. The article looks at Microsoft data on employee habits and the changing nature of peak interaction times with more work being done in the evenings. Putting aside the ridiculous assertion that more interactions on Microsoft Teams points to productivity peaks for knowledge workers (as opposed to productivity coming from deep work where we are not interrupted) the data is interesting.

If the workflow for people working remotely is well organised and well led, and people can work more when it suits them when they are not in the office rather than just working more because they can be contacted this has huge implications. This includes:

The CBD’s loss is likely to be the suburbs gain but if the way the CBD works can be remodeled and people can work flexibly in ways that benefit them then we can all gain.