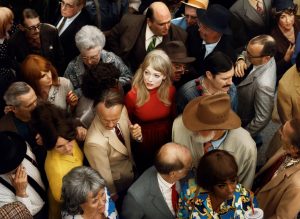 I am currently writing a book on the future of electric cars in Australia with a couple of collaborators. I am going to explore a few issues here on this blog. The first of these is the adopter groups which I will explore one by one. The first three are:

This post is about the fourth group – the early majority.

This is where electric cars really go mainstream. The early majority is made up to two sub groups of purchasers. The first are those that have most of the characteristics as the very early majority but have been held back in some way by factors such as:

The second group are more mainstream customers who are now attracted to the market because:

Of course this is all affected by constraints on the supply side. Nathaniel Bullard wrote an article on April 13th , 2019: Electric Car Price Tag Shrinks Along With Battery Cost . In this article Nathaniel says:

There are a number of factors that have to play out for this to become true at the retail point. There are plenty of ways that the price of vehicles can still be higher than fossil fuel cars. The cost of production is not the same as the price of sale, and if battery materials, battery production, or car production are below demand levels at the point where batteries are theoretically cheap enough to make EVs the same price as fossil fuel vehicles the market is unlikely to deliver that result. Someone in the chain will look to make a profit margin higher than it would be in a fully competitive market. It might be battery makers, it might be car makers, and it might be car retailers. There are already stories floating around about prices in the USA for the Hyundai Kona being sold well above recommended retail prices, to the tune of US$5,000 per vehicle

This complicates the adoption scenarios which are the central part of the book. This is particularly true of Australia which I believe to be a secondary market for a number of reasons. More to be revealed when the book comes out

The Future for Electric Cars in Australia – Part 3 – The Very Early...

Is a Tesla Model 3 Really Cheaper to Own than a Toyota Camry? Part 1 –...
Scroll to top